How to Create a Basic Game Plan in 2D Fighting Games 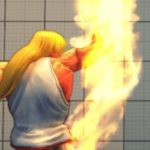 So you’ve decided to pick up a new fighting game. You’re so excited to play that you skip over training mode and decide to take on some scrubs online… Your match links up and then it hits you like a ton of bricks; projectiles flying everywhere, getting hit by every overhead, nothing you do seems to work. Congratulations, you just got bodied. Then you wonder, “Why? Shouldn’t this be just like any game where I actually play the game? What am I missing?”

When you’re thrown into a fighting game, it can be overwhelming to figure out what you’re supposed to do. A given character can have hundreds of options, so it’s not realistic to be able to know exactly what to do without some time in the lab. You’ll be able to get a better sense of what to do at the right time if you set up a basic game plan.

We’ll explore how to come up with a solid basic game plan in 2D fighting games.

A basic game plan is one that doesn’t take the opponent into consideration. You’ll look at a character’s tool set as a whole and figure out what their method is to win. This plan is something you’ll aim to do for most of the match regardless of what character your opponent picks.

This plan is a place to start when first learning your character. Once you get more familiar with the game, other characters, and reading human opponents, you can evolve this plan and construct multiple plans to use.

The goal for any fighting game character ultimately is to win. But the real question lies in what are you supposed to do with a given character. The quickest answer for this is to figure out the character’s archetype.

Some of the most common character archetypes are as follows:

Characters can have more granular archetypes, mixed styles, or have completely unique archetypes depending on their design. (e.g. Bullet Hell types like Morrigan in UMVC3 or Trap characters like Bedman in Guilty Gear).

For this article, we’ll use 2 characters that I main; Laura from Street Fighter V and Vatista from Under Night In-Birth. Laura would be considered mostly a grappler and Vatista would mostly be considered a zoner.

The choice of archetype won’t always be a perfect descriptor of the character, but it makes it easier to answer the following questions regarding Neutral, Advantage, and Disadvantage for our basic game plan.

Neutral is the state of play in a fighting game where nobody is at a distinct advantage. So the “neutral game” is the process where players will fight to gain an advantage over the other. This is a huge topic that can offshoot into many smaller topics but, in my opinion, the basic neutral game boils down to two questions; “where do I usually want to be?” and “what moves should I use to gain an advantage?”. We’ll explore what I would consider the surface layer of neutral.

The answer to our first question is “where I can most effectively start my game plan.” Characters like grappler, pressure, or mix-up types usually want to be close to the opponent to inflict more damage. While zoners and turtles tend to want to be far away to avoid receiving damage. For Laura, I’d want to be close enough to be able to grab or hit the opponent and for Vatista, I’d wanna be a full screen away pew pewing lasers and fireballs. This is the part of fighting games that’s easy for most people to understand.

The more difficult aspect of neutral is how to get into these advantageous positions. The answer comes when you understand your toolset and how they work together. Thus our next question comes into play, “what moves should I use to gain an advantage?”.

Since every character has a ton of moves, you’ll need to hone down which moves are the best for the neutral game.

Your best basic neutral moves tend to be:

Centering your neutral play around using this set of moves will help you get into an advantageous position.

Landing attacks that have frame advantage (aka + on block or hit) will allow you to act faster than the opponent can, thus increasing the odds of winning the next exchange. Using projectiles safely will add pressure for the opponent to dodge or block it. Jumping usually puts a character in a vulnerable position, so anti-airing will punish your opponent and give you an edge for the next exchange. Safe pokes can cause incremental damage and can lead to getting knockdowns. Doing nothing is an underrated option that helps you gather info about your opponent and also can make your neutral more unpredictable.

For Laura, I’ll usually want to be outside of the opponent’s poking range so I can whiff punish or use EX thunder clap to add pressure safely. While I’m at this length, the opponent will likely jump to catch me throwing out thunder claps, so I can anti-air with HP Bolt Charge or st.MP if I was doing nothing. But I can also choose to be more aggressive and use st.HP or cr.MP as a poke and cancel into an EX thunder clap, which has frame advantage on block.

For Vatista, I might just jump or dash back to get distance and throw out a fireball or set up a crystal bomb. If they are able to get close to me, I’ll fire off a bomb or use flash-kick to anti-air. But I can also anticipate that they’ll advance and use Vatista’s super long 5C poke to catch them off guard.

The deeper understanding you have of your character’s tools, the better you’ll be able to use them in accordingly for when the situation arises. If you are still unsure about how to go about the neutral game, you may want to watch some other players use your character or ask other players for help.

When you do win your exchanges in the neutral, you’ll be rewarded with an advantage. The reward will come in the form of opening up the opponent for damage, gaining frame advantage, or knocking the opponent down. You will need to capitalize off of this situation and maintain it in order to win.

These following tools help capitalize when you’re at an advantage:

Knowing these aspects of your game won’t leave you confused with what to do once you gain the advantage.

A safe block string is important for when an opponent is blocking your pressure. This can help you set up offensive mix-ups or push the opponent away safely. Oftentimes your block string will start the same way as your Bread n Butter (BnB) Combo. If you can confirm that the opponent is being hit then you can opt to use the combo ender instead of a safer block string ender. If I’m at an advantage or knock the opponent down, I can employ some mix-ups and pressure. I can also try to bait an uppercut or throw tech by shimmying (moving toward then quickly away).

For Laura, I’d pressure with her cr.LK > cr.LP. I can then mix it up with a command grab or continue to pressure with more attacks. If I see the string hitting, then I can cancel the cr.LP into her LP Bolt Charge (this move is still safe on block). If I knock someone down, I may want to throw out a thunder clap and then go for a tricky cross up or grab mix-up.

For Vatista, the block string would be meant to help me get away. I’d use a string that gatlings into her 2A mash or one that pushes an opponent to 5C range and cancel with 2A to recover quickly. If I can knock the opponent down, I may want to create distance, set up bombs, or fire a projectile for chip damage. I may concentrate to build GRD to bait them into jumping at me so I can pop a crystal bomb as an anti-air.

Many times, you’ll make mistakes and find yourself in a disadvantageous position (the things mentioned above will happen to you). You may have whiffed a move or got hit by something unexpected and end up losing health, having to block, or get knocked down.

This is where you’ll need to take stock of your defensive options. Usually they will be the following moves:

Blocking tends to be the safest option, as it will give you information about your opponent’s offensive tendencies and throws usually don’t do significant damage. Invincible reversals are great, if you have one, for covering any offense the opponent goes for (just don’t get baited). Fast moves are important to know because you can turn the tide if you can recognize the gaps in your opponent’s pressure. Mixing up your movement or recovery options can throw off your opponents offense. The universal defensive mechanics are important to utilize because your game is designed around having characters use them.

For Laura, the only invincible reversal is her super. So she relies on using the universal mechanic of V-Reversals to stop heavy offensive pressure. If there are gaps in the opponent’s pressure, she can use EX Bolt Charge to armor through an attack and get a knockdown. Sometimes wake up jab into V-Trigger works if the opponent doesn’t time their attacks correctly.

For Vatista, she has a ton of options thanks to her invincible flash-kick along with the many universal defensive mechanics in Under Night. I have the option to burst with Veil Off, Guard Thrust, or Chain Shifting then flash-kicking. Even blocking in this game rewards you with GRD meter (but I’ll flash-kick when I get the chance hehe).

Figure out how your character’s tool set works as a whole and figure out which tool is needed for a given situation. You may think you should have every detail of your plan ready on day one, but you can build your tool set and game plan over time. Once you get familiar with these tools, then you can make a comprehensive plan that can lead you to victory.