Ranks his own character as B-tier 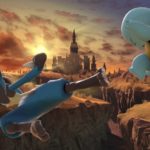 Currently ranked 44th in the world, Tsubasa “Tsu” Takuma is one of the many Japanese Super Smash Bros. Ultimate players who bring an unorthodox flavor to the game. It’s no surprise, then, that his tier list contains some unusual placements:

(Note that his E tier should be disregarded for now, as Terry Bogard hasn’t been released yet.)

Tsu’s list has generated a fair amount of conversation, as it should. When players from various regions post their thoughts, it gives the rest of us information about how the meta-game is developing in their locations. Often times, these different metas can foreshadow thrilling upsets and major shifts in the way a character is perceived.

We’ll be keeping a look out for more tier lists by players outside of the US and Europe. In the meantime, support Tsu by following him on Twitter here and subscribing to his YouTube channel here.