How Smash's newest Hero stacks up 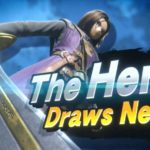 “Suppose two men at cards with nothing to wager save their lives. Who has not heard such a tale? A turn of the card. The whole universe for such a player has labored clanking to this moment which will tell if he is to die at that man’s hand or that man at his. What more certain validation of a man’s worth could there be?”

With all due respect to the good Judge, there are reasons why the most controversial three-word phrase in the FGC is not “five-bar connection” but “random number generator” – as in, “Some of Hero’s moves in Super Smash Bros. Ultimate have properties that are determined by a random number generator, and that’s why some people want to ban him.” For those who don’t know, RNG is built into Hero’s character design in three main ways:

These features inspired extra-strength responses from the Smash community, starting before Hero’s release1 and culminating (so far) in South Australia Smash Central’s decision to ban him from tournament play. But underneath all of the controversy, what’s the reality of the situation? Are Hero’s RNG mechanics incompatible with the spirit of the FGC? If so, is it because Hero is overpowered or for some other reason? And is any of this even new? I’ll start with the third question and work my way back to the first.

As everyone and their brother tweeted out after Hero’s reveal, Smash is no stranger to RNG. Luigi’s Green Missile will “misfire” 10% of the time and become a terrifying high-powered rocket, Mr. Game & Watch has a one-in-nine chance of Judging you to be unworthy of a stock, and Peach and Daisy can reach into the ground and pull out bombs (and also, for whatever reason, turnips that have undergone unsettling medical procedures). And those are just a few examples: the Smash Wiki lists fourteen other RNG-based effects that have been relevant to competitive play in one Smash game or another.2

Now, Smash is a relatively modern fighter. It may therefore be tempting to think that this is a new phenomenon (or, worse, use it as an excuse to dismiss Smash as a “party game”). In fact, though, RNG permeates fighting games, reaching across all different game styles and back to the early days of the genre itself. In Dragon Ball FighterZ (2018), there are some situations in which a random Dragon Ball will be added to the collection3 – which, given the right timing, could mean that one player lucks into resurrecting one of their fallen characters. One of the wildest game mechanics to ever see the Evo main stage, the Danger Time feature in Guilty Gear Xrd (2014), is activated at random when two attacks clash4 (and that’s to say nothing of Faust’s item pulls5 from the same series). BlazBlue: Continuum Shift (2009) has a weapon-user, Platinum the Trinity, whose choice of weapon is always randomly generated.6 Tira’s character build in Soulcalibur IV (2008) had her alternate semi-randomly between “jolly” mode and “gloomy” mode.7 Two of Amingo’s three assists in Marvel vs. Capcom 2 (2000) create buffing items that fall in random directions.8 Vampire Savior (a.k.a. Darkstalkers 3; 1997) has RNG baked into its version of pushblocking, such that the odds of a successful pushblock depend on the number of buttons the player presses.9 Mokujin,10 introduced to the Tekken world in 1995, randomly adopts a different character’s moveset every round. Even Super Street Fighter II Turbo (1994), an unquestioned classic, has RNG in a shocking range of its basic mechanisms: damage output, stun thresholds, stun duration, throw priority, and even the result of pressing a normal button.11

So if Hero is a problem, then he’s not a problem just because of the mere presence of RNG. It’s impossible to tell the history of the FGC without discussing RNG, and there are plenty of fighting games that have prominently featured RNG without alienating their player bases. Thus, in order for Hero to stand out, his RNG mechanics have to be substantially different from all the others.

Right off the bat, it’s easy to see that Hero’s RNG is qualitatively different from the systemic RNG found in ST, Vampire Savior, GG Xrd, and so on. Those random features are like an underfilled basketball: maybe they’re annoying, but they’re equally annoying to everyone. In other words, they’re random, but they’re not unfair.

Similarly, most character-specific randomness has been balanced out by being either totally underpowered or by being attached to a lower-tier character. For example, Mokujin’s randomness guarantees that the character is only average in the long run; compared to picking a high-tier, there’s literally no in-game advantage that you can gain from playing Mokujin. In sharp contrast, Hero’s RNG gives him access to bunches of powerful options that no other character in the game has: the ability to kill at low percents without rage…

…the ability to heal non-trivial amounts of damage,12 and, uh, this…

…among other highly clippable moves. And unlike Amingo (who I bet you’d forgotten about) or Tira (who consistently shows up near the bottom of SCIV tier lists), Hero’s overall character build doesn’t obviously seem to have major weaknesses that would counterbalance his RNG features.

Yet even in this regard, Hero is not totally alone. Faust, the RNG user from the Guilty Gear series, has won an Evo (in 200513) and placed within the top eight at four others (‘09,14 ‘15,15 ‘17,16 and ‘1817). So there is a precedent for having an RNG character at the top levels of play. What this proves is that RNG can fit in the FGC even when it contributes to unfair situations or unfair results. It may not be our ideal or our norm, but it’s not completely foreign to us, either.

This is not to say that we should dismiss Smash players’ concerns out of hand. I can speculate that it’s feasible to read Hero’s Command Selection options (even in foreign languages, if it comes to that) and anticipate an opponent’s choice; I can theorize about how some of Hero’s RNG abilities (Kamikazee, Kaclang, Metal Slash, Hocus Pocus) are trap options that might help to reduce or punish RNG abuse; I can even just sit back and enjoy the show. But neither I nor any other single individual should be seen as an infallible authority.

Still, we in the FGC ask a great deal of our competitors, and my current feeling is that we can ask them to defeat Hero. Partially I say this because of everything I’ve just written. Partially I say it because, as UltraDavid put it eight years ago, “Every human competition has guessing, it’s unavoidable. [But t]hat doesn’t mean there’s no strategy. Part of picking a strategy is understanding how to anticipate and how to plan around whatever you’re anticipating.”18 And partially it’s simply because Joker, not Hero, is the DLC character who started winning majors a month after his release and who has since dominated the scene.

For now, at least, “a turn of the card” is not determining who will die at whose hand in Smash Ultimate – not on any major scale, at any rate. And if that day ever does come to pass, hopefully we’ll make our decisions in light of not just a few clippable highlights but the full backdrop of what the FGC has been and continues to be.

Eli (@BodiedNovel) is a software QA manager in Pittsburgh, PA. His first fighting game was Street Fighter II, and since then he’s grown to love the Marvel, Guilty Gear, and Smash series. His novel about the FGC, Bodied, is coming soon. Probably. As soon as he finds a publisher.