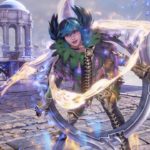 Motohiro Okubo has just announced a match up between the last 2 SoulCalibur EVO champions.

There has been a lot of talk in the community (mainly Shen Chan) wanting to see the last 2 EVO SoulCalibur champions to face off against each other. According to Shen, Shining Decopon has been practicing a lot in his spare time but just hasn’t been able to make it to events. With Okubo’s assistance, the match was made official:

Shining Decopon faced off against Shen Chan in the grand finals in SC5 in 2012. At the time, Tira was considered pretty low tier but SD showed amazing match up knowledge and won out of losers bracket.

Yuttoto faced off against Bluegod in the grand finals of SC6 in 2019. Bluegod had an amazing streak with his Azwel at the start coming out of losers and reset the bracket. But Yuttoto clutched it out with Voldo in a 3-1 win in the final bracket to claim the title.

This will be the URL of tomorrow’s Decopon vs YUTTOTO! Will start from 19:00 JST. Prepared quite a lot,,, https://t.co/p1EO9ft8EK

Watch the match here at November 19, 19:00 Japanese Standard Time (JST) [Going live in 8 hours at the time of this writing]

See what time the match will start with this timezone conversion table here.