An example of a tutorial modeled after a time tested framework 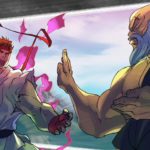 It is not a secret that fighting games aren’t the most straightforward genre of video games to learn. The amount of options you have at your disposal along with the task of learning new system mechanics without a framework can be daunting.

The process is akin to learning a martial art or learning a musical instrument. The options of what to do are seemingly infinite and the path is extremely rocky without guidance.

Here, we’ll imagine a story mode tutorial for a fighting game that is structured around a similar framework to the learning of an instrument.

I’ve been teaching people to play guitar since 2004 to much success. All of my students were able to play at a competent level in a short amount of time (ranging from 4 weeks to 3 months).

I’ve developed a philosophy for teaching and distilled it into the following framework:

When applying this method to the guitar, it looks something like this:

I also apply the same philosophy for helping people to learn fighting games. If you don’t have an instructor or a training partner, the only way I can imagine to combine fun with learning is to make a thoughtfully designed single-player game. The game could incorporate a simple but fun story and aim to teach the fundamentals of playing fighting games.

The game I would think to make is a side-scrolling beat ‘em up game. It would use the same engine as the versus mode, but have the stages scroll through and lock when it’s time to fight. The structure of the mode would be designed to drip-feed important information within the specific context in which the information should be used. To illustrate our example single player tutorial game, we’ll use the lore of Street Fighter. 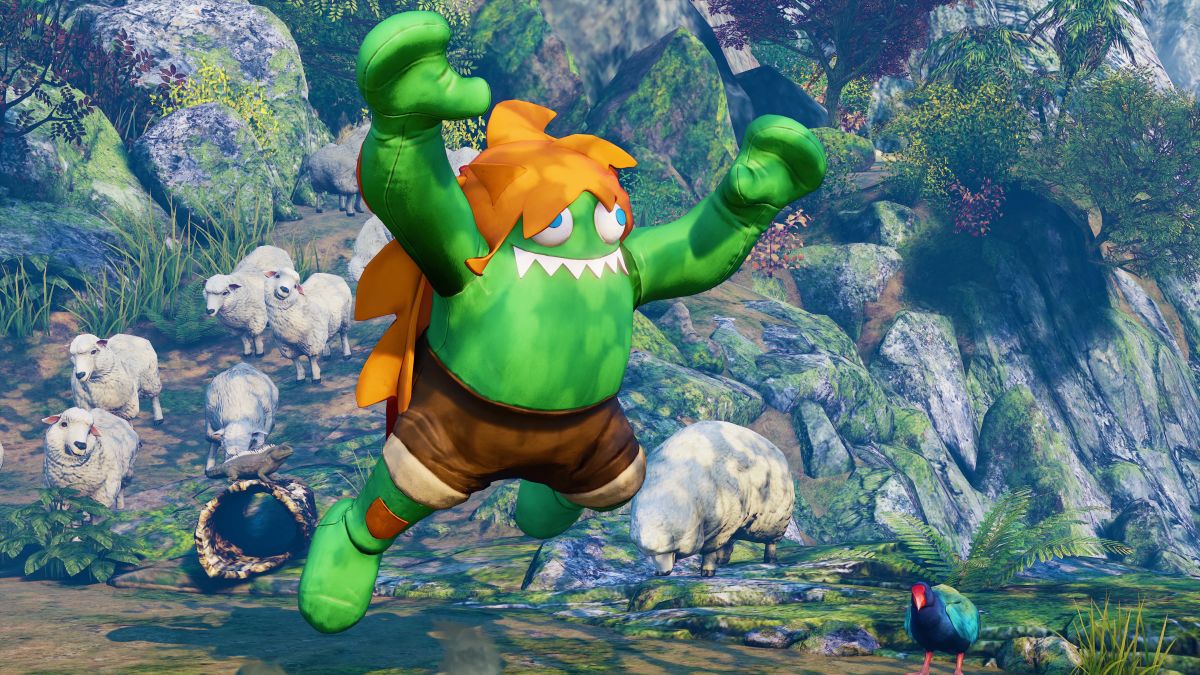 The Introduction level would be a tutorial about basic movement. Typically in a fighting game tutorial, the game would have you just press up to jump, walk, and dash around to get a prompt saying “good job” as your reward then you would move right along. Almost every other game teaches the basic mechanics by requiring you to use them in the context of typical scenarios in the game.

We can try designing a level that attempts to teach players the purpose of basic movements and blocking without the stress of a fight. I would use a scenario that can teach how to use movement mechanics in a puzzle-like manner (Mr. Miyagi, wax on wax off). The story beat can be that you play as Blanka, who is being trained by Dan in the jungles of Brazil. Dan has decided to train Blanka’s movement by tying up his hands and saying no kicks allowed. We can then try to design the level with the following obstacles in mind.

At the end of the level, Dan would challenge Blanka to a fight. Blanka then would break out of his chains, to Dan’s surprise, and you could use your buttons to beat up on a super-easy Dan. 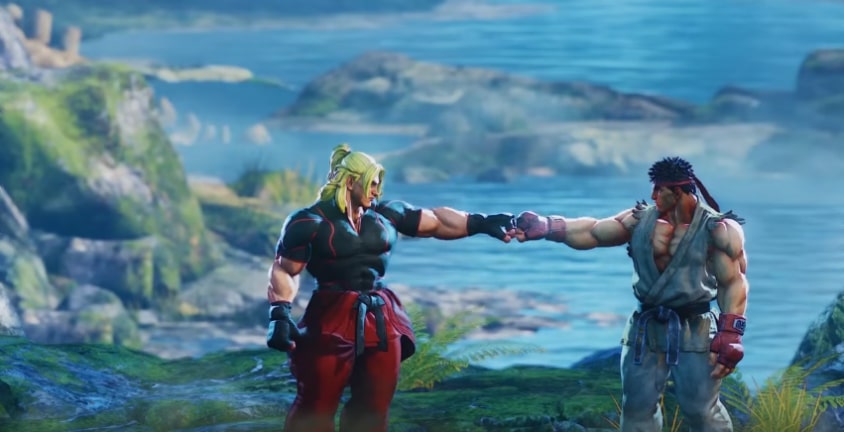 Stage 1 would be the introduction of basic attacks to use. We want to teach the purpose of the attacks and how they should be used. Typically, the extent that a fighting game tutorial teaches you is that the buttons exist and, in trials, that some of them can be used in combos. For this level, we may want to only allow certain moves to work. Many other games don’t allow the full moveset of characters for the purpose of funnelling the learning experience. Game designers typically want the player to master the basics before moving on to advanced tactics.

We can design a level with some combat and allow players to beat up on some enemies. The enemies will be designed to teach the effectiveness of certain attacks. For this story beat, we can have Ryu or Ken weakened from a battle so that the character can only use certain normal moves.

The end of this level would have a weaker version of the boss character (Dictator). The story could be that the boss is revealed to be a psychic projection. To help with identifying which moves to use, Dictator would also use the moves that all the enemies in the level used with similar properties. This makes a 1 to 1 connection about using moves in the right contexts against a standard versus mode opponent. 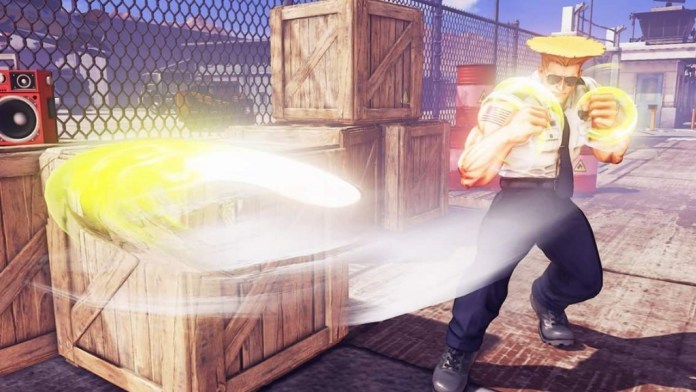 Stage 2 would introduce projectiles and long-range zoning into the mix. This lesson is meant to give the player a taste of other game plans to use and play with.

The level can be designed to make the player defend an objective to be able to proceed. Waves of enemies can be designed so that the best strategy is to stay near the objective and use long ranged attacks. The story could be that the zoning type heroes are recruited to help protect a base. There could be different levels of difficulty of enemies that try to get around projectiles in various ways.

This level could also introduce the meter system to include EX moves. This inclusion would be a fun tool for the player to start using to creatively deal with different situations on this stage. The boss of this stage could be a rushdown character like Boxer that needs to get in but also has anti-projectile tools. Boxer will be more prone to play more expertly when his life is getting low (e.g. jumping at the right distances, using EX moves). If the player is struggling with the boss, there could be moments where the character maybe has a Shounen anime-style flashback and remembers what they were taught about this situation. The end of this match could introduce the concept of supers by having the player input the super on a dizzied Boxer. 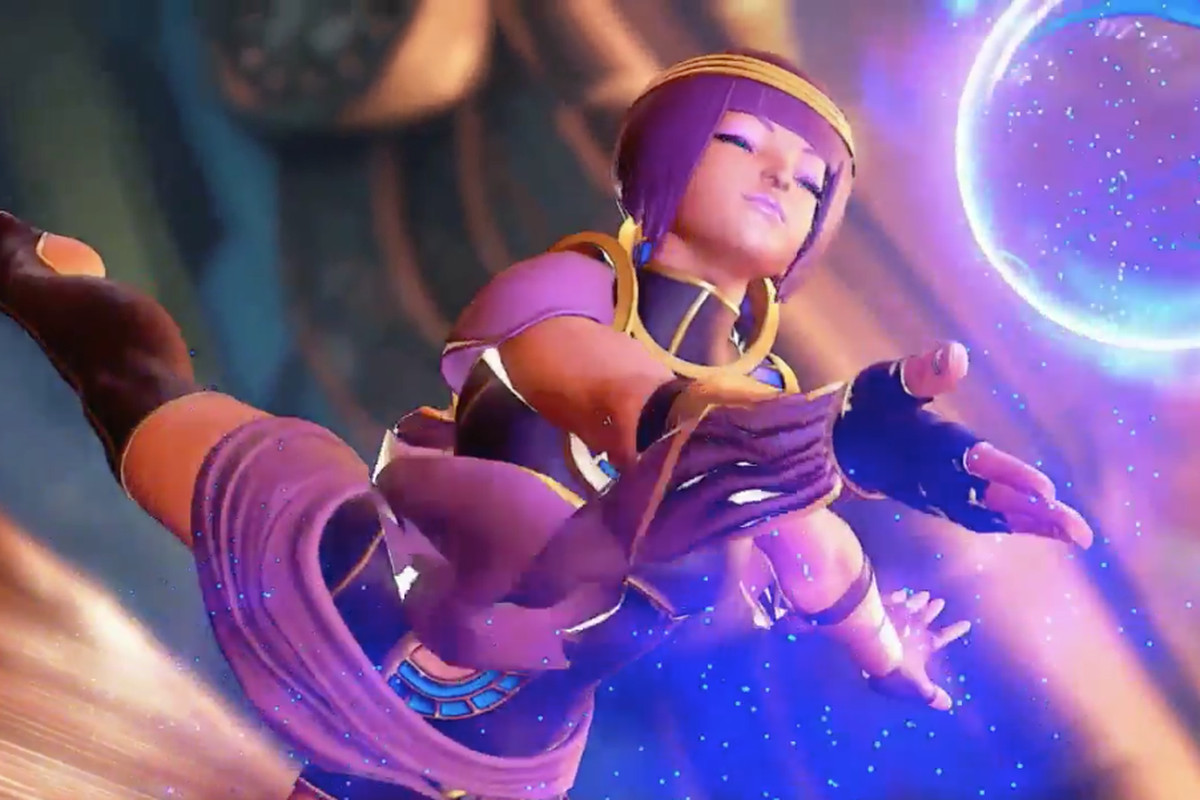 Stage 3 would introduce the concept of combos. The lesson that we want to teach is execution and recognizing opportunities to use combos. This stage could also indirectly teach input buffering. This stage helps to ramp up the difficulty as the player becomes more familiar with the system and is more ready to pull off combos.

Before the level starts, there would be a combo trial section to help learn the easy bread ‘n’ butter combos first. I’d let the player be able to skip this portion at their own peril, but make it available to access again if they need to. The combos taught would be for the following situations:

The level can be designed again like a side-scroller beat ‘em up like Stage 1. The enemies for this stage won’t take decent damage unless they are hit by a combo. To alleviate the pressure to do combos with a moving target, we can incorporate an enemy stun mechanic. The enemy would have a stun bar that builds on hit, so if the player can choose to stun an enemy and do their combo on the non-moving target. The tougher enemies could be more resistant to the stun, thereby needing to do raw combos and hit confirms.

The boss could be any character but has the same properties of needing to be hit by combos for damage. The boss could have a standard stun bar or an extra resilient stun bar if the game doesn’t normally have stun. 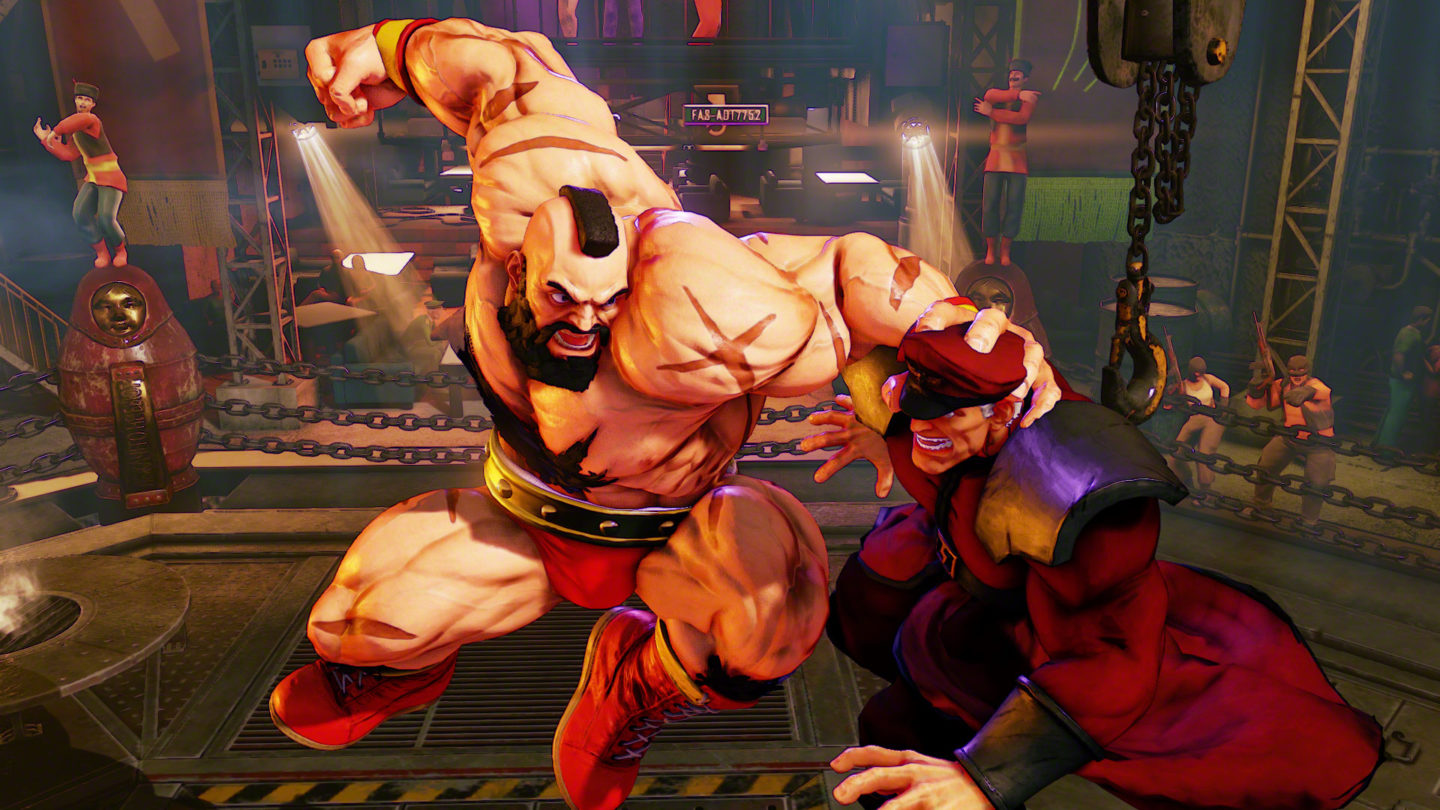 Stage 4 would introduce the meta of throwing. The lesson that we want to teach with this stage is how to set up throws in conjunction with offensive pressure. This stage can help show how the rules for throwing work in the game. The big tactic we definitely want to teach is the tick throw.

Before the level starts, there would be a training mode-style tutorial to let you get comfortable with any command grabs and regular grabs. The trial for tick grabs would also be included. The new enemies in the level would take the most damage from throws and vary in difficulty of being able to throw them.

The boss of this stage could be a zoning character that would make it difficult for a grappler to get in. The boss would increase in difficulty by being more consistent with anti-airs and blocking well. If you’re getting low on life, there could be a reminder of using the tick throw, revealing that tactic to be a weakness for this particular boss. 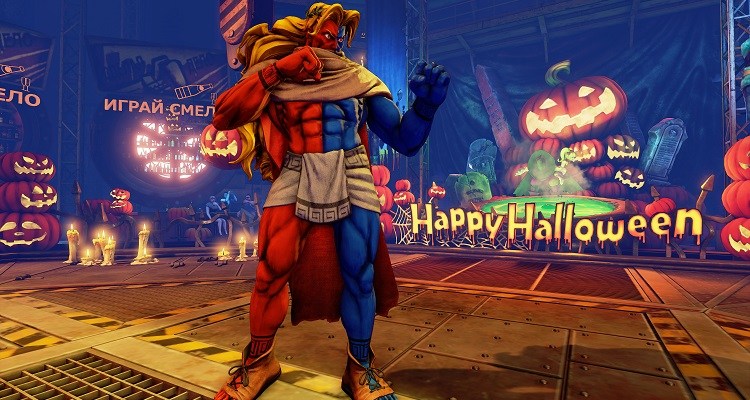 Stage 5 would bring together all the lessons taught so far. The previous stages would have included the previous elements to keep players on their toes, but this stage would be designed to be a balance of all the lessons. The enemies would be tougher versions of the hard enemies from previous levels. They would be more well-rounded but still have the same weaknesses. 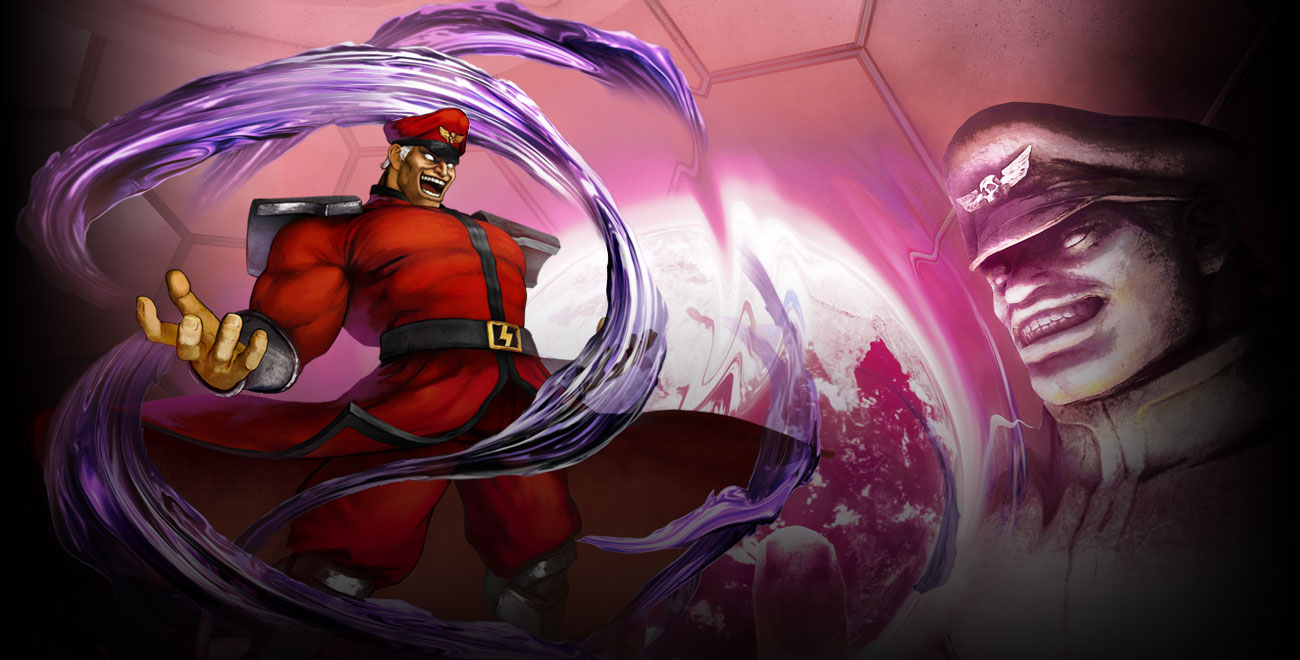 Stage 6 would be the pinnacle of all lessons to teach how to fight in the standard versus mode. The player would face CPU opponents of the selectable roster one after another, so it would essentially be an arcade mode. The purpose of this is to acclimate the player to the standard versus game mode. The player would face against any set of characters that fit the major character archetypes (rushdown, zoner, grappler, etc.) to test the skills they’ve learned.

The story beat could be that the good guys have reached the control room of the bad guys’ HQ and they’re face to face with Shadaloo. The final boss could be the main villain you faced in stage 1 or it could be a secret boss like Akuma. They could be a supercharged version of their normal character so the player has a great challenge to overcome. 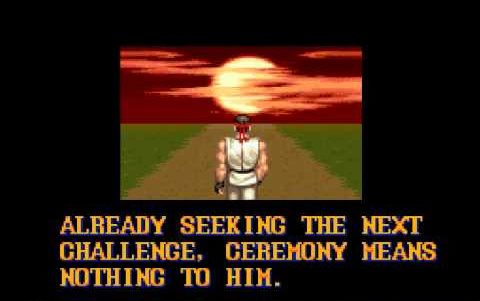 Congratulations! You’ve finished the (made up) story mode tutorial! At this point most games would give you a little ending and maybe some points or an unlockable item. We can do better to help keep the player involved in the community by showing them where to find resources to level up their game.

The company developing the game could have some resources to help guide players on how to play. There could be a @StreetFighterHelp Twitter account (or other social media) that is used as a way for the community to answer questions that new players have. The company could also partner with coaches or content creators that are licensed to have official expert tutorials. There could also be links to matches or curated highlights from the Capcom Pro Tour. This could help introduce the players to the competitive side of the community.

And after the ending, there could be a sequence where your character is going off to “search for the next battle” but it will in fact throw you into the beginner online player match queue for a real match.

I think gamifying teaching in this manner is the best way to teach without direct coaching. This combination of drip-feeding info, giving hands-on experience, and sustaining a fun environment is a killer combination. If the developers can account for pacing and allowing some creative freedom, then I think a mode like this would be extremely effective.

But what do you think? Is there a better way to teach fighting games within the game? Or is there anything in this article you think can be improved upon? Let me know in the comments!