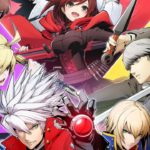 We have a collection of Blazblue Cross Tag Battle version 1.5 tier lists.

The players giving their thoughts on the character tiers are Tempest Romeo, Chaotic Gamez, Unsafe on Hit, and Orochi Fame. Judging from all 4 of these lists there is a clear set of who they consider the top tier:

If you want to see the BB Tag version 2.0 tier lists, click here.

I actually ordered within tier (Left > Right) because this is the final tier list I’m making for this version. They aren’t huge differences in power, it’s just how I would order them within tier.

Patch is about to be kill so I did the clout thing.

If you want to see the BB Tag version 2.0 tier lists, click here.