See what people are saying and some footage of the demo 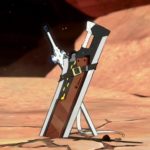 Arc Revo America 2019 hosted a publicly playable demo of the new upcoming Guilty Gear game. This is the first time the general public was able to get their hands on the alpha demo of GG 2020 so there’s been a lot to say about it.

Check out the general thoughts people have for those who’ve played the game, some new findings, and a lot of footage of the game in action.

*As of this writing, there is still another day for the demo to be played. We’ll update this article as we find more info about the game.

People’s Thoughts about the Game

Chipp feels so bad in gg2020. Wall run is garbage. Gamma blade rc is way too slow to advance with. No Gatling from 6p is weird

Overall the game feels way better than I thought it would. It’s actually kinda sick

Played GG2020 for two sets (as sol). Game feels way better than I was expecting lol I had a lot of fun with it. Wasn’t able to get used to the different RCs at all in the short time tho.

The ui layout on gg2020 makes it look like a wiiu fit game .

I played GG2020… It does feel fun to play, it’s dynamic and vibrant. Much more straightforward. It still feels like GG I think. But you’re mostly just poking at each other, so offense is not the same at all

Closing thoughts on gg2020. Played for a good chunk of time and here’s what I think:

Sol is mad strong. His S buttons are all pretty strong. His routes do around 50% bare minimum, and his frame data is mad good

Damage in GG2020 seems to happen much quicker compared to Xrd, like there’s lower hitstop and throws seem to finish faster

I think Xrd style oki would be too strong with this pace of gameplay, but I do like the speed a lot

GG2020 feels good to play and looks good, but im not a fan of the system. Things like 2D>BR not comboing is really weird and I still dont like the CH camera cuts. Its really offputting. Combos in this game seem hard only because we dont really know what works. I wasnt ever able –

I really had a great time playing GG Strive, created by Arc System Works Co., Ltd! I had alot of fun playing Ky Kiske, and the RC system is so CREATIVE and SICK!!

Thank you for bringing GG to a new era!! #VIP #Sponsored

“Do you think rollback netcode is essential?” is a question on the GG2020 survey pic.twitter.com/Qv4M1nLvm8

Played GG2020. You can do low airdash / land low mixup off 2d and I feel like that is really integral to maintaining some of the GG feel of trying to get a knockdown from neutral and then go for a bigger reward off the next mixup.

OMG Chipp is ridiculous. I’m pretty sure I could of j236k after RC and still landed first to continue the juggle. #ArcRevo2019 #GG2020 #GuiltyGear2020 pic.twitter.com/x5lncuW38r

An example of said option select here. Kara/plink 6p to dust when you dont have burst to tech throws with normals. With normal grabs slowed down can see this being a good OS at times. https://t.co/2TuGl80XNy pic.twitter.com/n2edVLtBpV

Look at the damage #GG2020 #GuiltyGear2020 #ArcREVO @thisislijoe imagine if I ended with super lol pic.twitter.com/jX4jHJ0LXJ

Check out this sick 50%ish combo I learned today in Guilty Gear 2020 pic.twitter.com/QZQ44c4HnD

We got a bunch more GG2020 for you! pic.twitter.com/QQpHVIUFcq