How to Take Your Losses Like a Champ – FGC Etiquette

Especially when you get extra salty 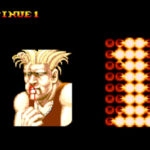 Losses are inevitable as a fighting game player. Even though we put in hours of training mode and find the most ironclad setups, someone will come and find a crack in the armor. So we may get salty and full of rage, but we mustn’t let that overtake displaying good manners.

Here are some quick tips on how to maintain composure and take the L like a champ.

The first reaction anyone will probably have is to say something about their loss. This is where you’ll need to practice biting your tongue, especially if you know you already have a bad habit of saying something negative.

Don’t blame anything for your loss out loud. It is typical to blame an external factor when you lose. Whether it is character tiers, lack of knowledge, the game itself, being sick, etc, everyone has made excuses like this before. Mentioning any reason for your loss reveals insecurity and shows weak character. This signals that you think your opponent didn’t win on their own merit and that’s a big slap in the face.

On the flip side, don’t self deprecate and downplay yourself when you lose. It is common to hear people say how much they suck after a loss. To a degree it is true since you did lose, but mentioning this does the same act of revealing insecurity. It also has the message to your opponent that they didn’t win on their own merit. The message of, “you only won because I’m really bad at the game”, is a slap in your opponents’ face.

But you might think, “this all makes sense but what’s wrong with expressing my true feelings?”. There’s nothing inherently wrong with expressing yourself, but what usually goes wrong when venting, is lack of tact. There is a big difference with saying, “F*** this game/character/player”, and “I’m really salty about this loss, but I’ll train up to beat them next time”.

The best etiquette in the scenario of a loss is to just say “good game” and give your opponent a fist bump. Acknowledge that the opponent did something amazing to beat you and they pushed you past your limits. This act gives credit to the winners who are deserving and it shows your good character by recognizing their skill.

Give Props or Walk Away

Giving props when it is due is very important (as mentioned earlier).

But what happens if you truly feel cheated out of your win? If you’re not able to get yourself to shake the opponents’ hand then just walk away. This can be disrespectful in most contexts, but it is probably the lowest level of disrespect for the situation that you can show. It is good to step away from the situation to calm down and not let things escalate to become a clip for Blowup Tuesdays.

Sometimes we might be heated in the moment and make a bad etiquette decision. In this case, it’s good to reach out to your opponent somehow and apologize. People know the feeling of being salty after a loss, so it shows good character to acknowledge your mistakes.

Following through with these tips will not only make the scene a more positive place to be, it will show your strong character (personal, not in-game). But a lot of what was said here can be extremely tough to put into practice. If you want to go more in-depth on strategies for handling your losses better, you can read this article.