Leroy Gets the Nerf Bat in Tekken 7 Version 3.21 Patch

The board hits back against Leroy
By Choysauce on February 12, 2020

The Tekken community was ecstatic when Leroy Smith was first revealed at the Tekken World Tours Final 2019. The combination of including the real life martial art Wing Chun with a hardened old man from New York was a perfect recipe for hype. But when he was finally available to play, the community found his tools to be quite unfair compared to the rest of the cast. This red flag was practically confirmed when 6 Leroy’s made it in the top 8 finals for Evo Japan 2019.

The patch addresses Leroy’s damage output by reducing a lot of damage from many of his primary moves. Other major nerfs were to reduce the pushback of his attacks so he can be properly punished and reducing frame advantage on a few moves.

Check out the full list of changes here below: 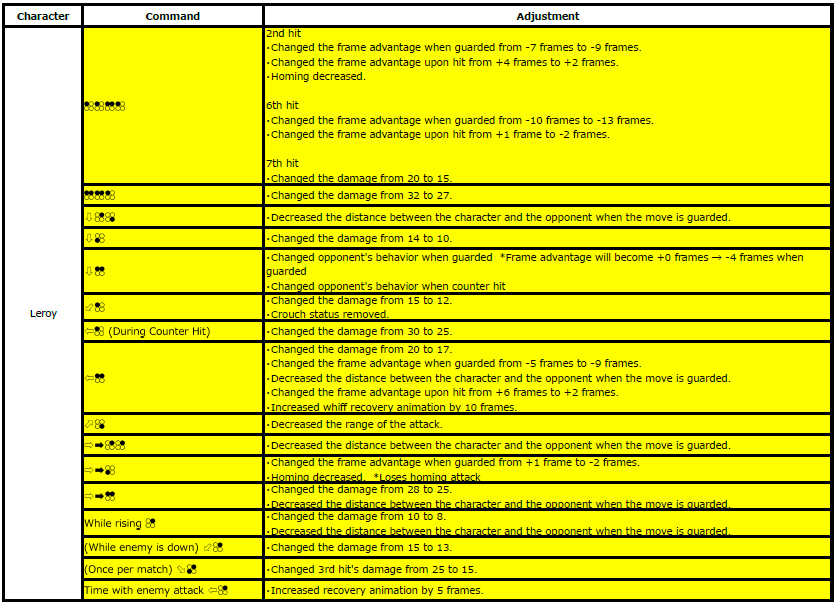