Majin Obama Breaks Down “Sponsorship” In The FGC 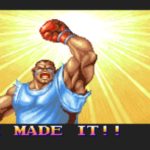 For many players in the Fighting Game Community, the dream is to go pro. That means finding a company or organization that will help to pay your way and maybe even put some money in your pocket as well. But that company or organization almost certainly won’t be your “sponsor.” Rather, they’ll be your team. And if that distinction seems unimportant, you need to watch Majin Obama’s new video on going pro in the FGC.

As with every other profession, pro gaming is more complicated as a reality than it is as a dream. That’s not to say that it isn’t worth fighting for or achieving. But if you’re going to go for it, you have to take it just as seriously as you take practice, lab work, and matchup training. Watch the full video below for details, then follow Majin Obama on Twitter and Twitch and subscribe to the Anime Illuminati YouTube channel for more no-nonsense advice.