The 2.01 patch pertains to the missing text portion and game adjustments of the notes have been made available on December 2.

The upcoming “2.02” (not sure what version # will be used) patch focuses on a lot of the bugs and unintended changes introduced with the Season 2 update. There are no details yet of how soon the patch is coming, but it should be relatively soon given the quick response from the SoulCalibur team.

See the full list of upcoming patch notes below: 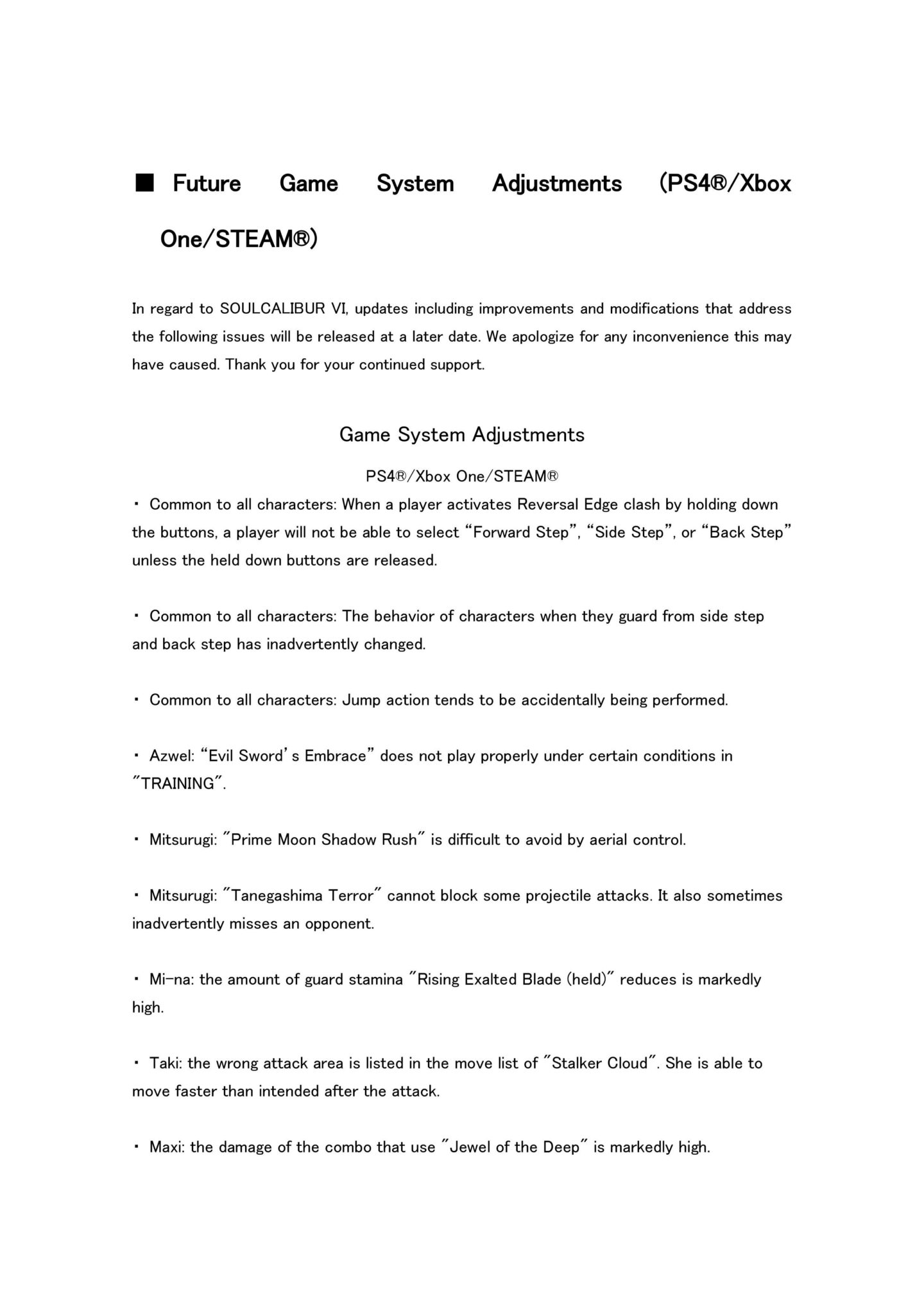 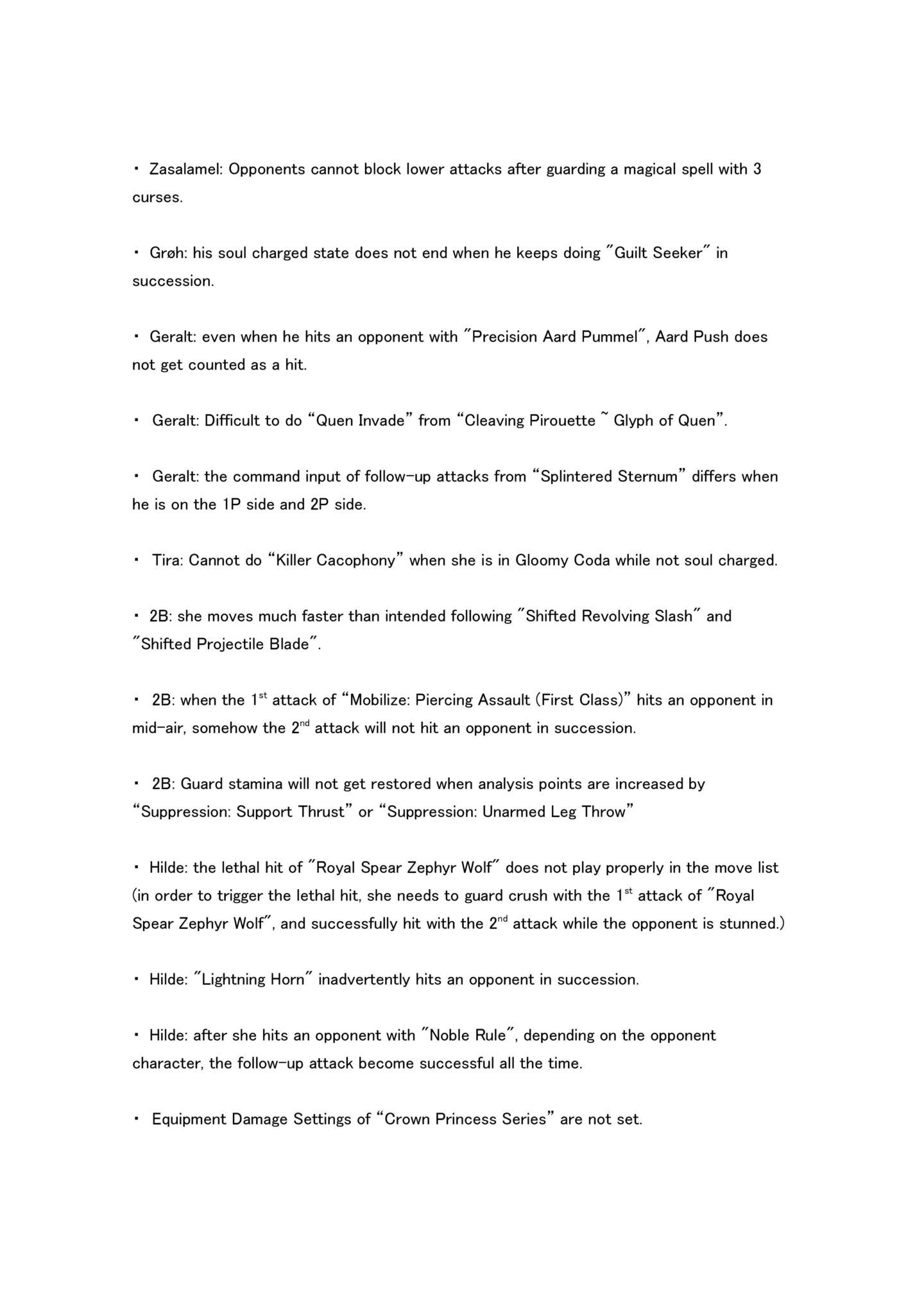 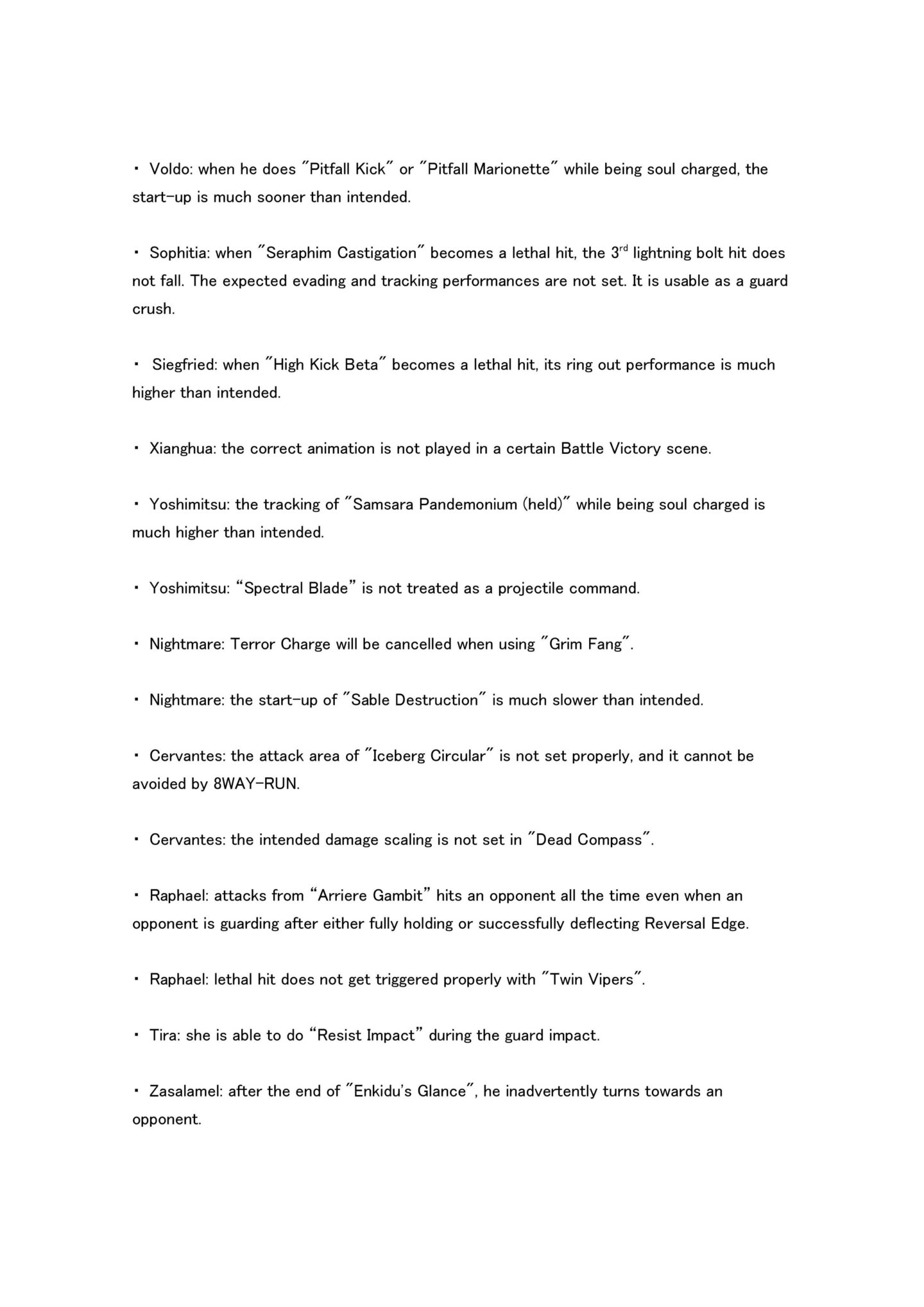