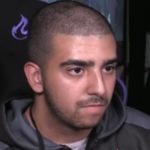 Most of us are taught to believe that there’s a wide gulf between us and our role models. Actors and musicians seem to exist in a gilded world of adulation and beauty. Star athletes embody confidence and swagger. Every day, every city on Earth sees the arrival of famous, wealthy people who have come there just to demonstrate their talents or talk about their successes – and every day, in every city, regular people flock to these celebrities just to get a fleeting taste of the high life. To get a glimpse of these people is a thrill. To actually interact with them – to have Megan Rapinoe give you tips on your footwork, say, or to have Carlos Santana help you learn the guitar – is a dream.

But there’s at least one place where VIPs and regular old folks aren’t separated by a velvet rope or a first-class curtain: the Fighting Game Community. At FGC events, superstars stop to sign autographs and take pictures with their fans. In FGC tournaments, world champions face off against first-timers – and if the champion finds themselves on the ropes, no amount of glitz or glamor will help them.

The FGC’s radically egalitarian culture shows itself in other ways, too. Consider Aaron “Jace” Perez. Over the course of his Dragonball FighterZ career, Perez has victories over players like Fenritti (currently ranked second on the DBFZ World Tour), Randomfiend (the winner of Summer Jam 13), and Lord Knight (a one-time grand finalist at the Evolution Championship Series). Perez also boasts multiple top-eight finishes, three of them coming this year alone. He’s no diva, though. In fact, he’s exactly the opposite: a hard worker who cares so much about his scene that he’s become more than just a player. Between training, competing, and building his identity as a top DBFZ player, Perez also finds time to give individual coaching to new and up-and-coming players. In doing so, he steps into the pantheon of the FGC’s many unsung heroes.

Perez plays Them’s Fightin’ Herds and has his eye on the Granblue Fantasy Versus game that’s set to release next February, but his passion is DBFZ, which he’s played “since day one.” His dedication has led to a string of wins at local and regional tournaments. With his team of Bardock, Kid Buu, and Kid Goku, he took fifth place at East Coast Throwdown 2019. As he describes them, his goals are straightforward: “win a major” and establish himself as an attractive candidate for “future sponsorships.” It’s getting there that’s the tricky part.

There’s no fear in Perez, however. He says that any area in which you hope to progress requires you “to care about it and be okay about getting frustrated.” This is the attitude that he preaches to his students: “it’s okay to be upset at your progress,” he tells them. “No one has ever been happy playing fighting games all the time.” Frustration may seem like a failing or a weakness in the moment, but for Perez it’s a source of strength. He believes that people only get upset about the things that are important to them. If “you stop caring,” he says, “you already lost on the character select screen.”

This is an important lesson for everyone, but it’s especially vital for Perez’s students, many of whom were introduced to the fighting game genre through DBFZ. Old-timers in the FGC have years of experience handling their own discouragement and exasperation. Newer players – especially those who are coming from genres that may be more player-friendly – are often shocked at the level of commitment that fighting games call for. Without Perez’s help, it’s easy to believe that some of his pupils would’ve dropped the genre altogether. By showing that he cares about them, he gives them the fuel they need to care about their own progress. The end result is a benefit for everyone: the student, the teacher, and the community as a whole.

In addition to coaching and playing, Perez is working on building his online presence. Growing his followings on Twitter, Twitch, and YouTube is likely to be an arduous process. Luckily, Jace knows that small steps can lead to significant results.

Typically Perez puts around eight hours per week into his coaching, split between three or four sessions. Even in that short amount of time, he’s able to address his students’ weaknesses and help them to develop as players. He keeps tabs on them as they compete, and his greatest sense of satisfaction comes from “seeing the stuff I told them work out” – even if it works out against Perez himself. As with any good fighting game player, Perez is happy to abuse his opponent’s shortcomings over and over again, even if it’s something as simple as anticipating that the other player will use Vanish (one of DBFZ’s universal defensive mechanics) when they’re being pressured.

Oftentimes, he says, the “bad habits” he helps to correct are “so small.” “But that’s what makes the win or leap in progress so rewarding”: the joy of growing as a player is a direct result of getting past the hard times and knowing that you put in the work at every step along the way. Reining in the instinct to Vanish on wakeup may not turn anyone into a top player overnight, but Perez insists that it’s “still a big deal!” His maturity and patience are key psychological skills for any fighting game competitor. By sharing his wisdom, he reinforces it in himself while helping his peers to grow as both players and people.

Put Me In, Coach!

To contact Perez about his coaching or playing, you can find him on Twitter @Jace_FG and at the TSL tournament series hosted by the legendary Bum163 at the House of Chaos in the Bronx. When you do, get ready for a heaping helping of healthy frustration – and after you’re done, let him know how thankful you are that he’s one of the FGC’s unsung heroes.

Eli Horowitz (@BODIEDnovel) wants it on the record that he had a Z at the end of his name years before Bandai Namco thought it would be a cool thing to do. He lives in Pittsburgh, where he works in software, plays fighting games, and writes. His first novel, Bodied, is set in the FGC.