Unsung Heroes of the FGC: JakoMan

At its heart, the fighting game experience is simple. All you have to do is plug an arcade cabinet into an electrical outlet and you’ll have everything you need to attract a group of fighting gamers. But if you want to have a true community of fighting gamers, you’ll need a lot more. Players will want to compete in well-run tournaments, they’ll want forums in which to discuss their passion, and more.

All of these additional layers add complexity, but they’re vital for sustaining and strengthening the Fighting Game Community. Gamers will always find a way to play, but a community can’t come together, grow, and evolve without having healthy, constructive focal points to rally around. And in the FGC, one of the most central contributions is video content. Be it in the form of tournament footage, tech demonstrations, match analysis, or memes, videos are an irreplaceable source of entertainment, education, and unity in the FGC.

Take the Marvel community as an example. From roughly 2000 through 2017, Marvel fighting games were in their heyday. Marvel vs. Capcom 2 and 3 gave rise to legendary moments and a huge and dedicated fanbase. But with the release of Marvel vs. Capcom: Infinite in September 2017, the series waned in popularity, to the point where the Smash Melee god William “Leffen” Hjelte released a fighting game tier list with both Marvel 3 and Marvel Infinite in the “DEAD/NOT RELEVANT” tier.

Whatever you personally may feel about the Marvel series, it’s undeniable that the community has fallen on hard times. But contrary to what Hjelte believes, Marvel is far from gone. Thanks to its devoted community, Marvel does indeed live. And one of the most important sources of life for this beloved franchise is JakoMan, a Marvel Tournament Organizer and content creator.

If You Seek A Pleasant Peninsula, Look For The Michigan FGC

Born and raised in eastern Michigan, JakoMan’s first introduction to fighting games was the original Marvel vs. Capcom. From there, he was hooked. “I still remember picking Mega Man/Venom in [Marvel] 1 and Mega Man/Iron Man/Amingo [in Marvel 2] and having a blast playing those games for hours at the arcades! You can say that the Marvel vs. Capcom series was a big part of my childhood growing up.” 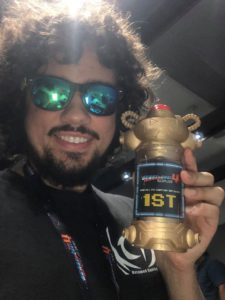 Since then, he’s gone on to prove himself in combat, placing ninth at both Combo Breaker 2019 and Evolution 2019 and winning Best In The East (BITE) 4. Better still, for five years he’s helped to run both on- and offline tournaments for the games that he loves. As a TO for Youmacon, Neutral Grounds, BITE, and the late, great Michigan M@sters, JakoMan has kept the Marvel series going strong while also supporting other classic franchises like Street Fighter and Mortal Kombat. He’s even been able to keep TOing during the COVID-19 pandemic by working with Untamed Gaming, a group of FGC devotees based in southern California.

“Being a Tournament Organizer is a lot of energy and work,” he says, “but It’s a lot of fun to talk with all of the players and watch the tournaments!” It speaks volumes to JakoMan’s dedication that he was selected to be part of Untamed Gaming despite living two thousand miles away. In this regard, he’s a perfect representative of the underrated Michigan FGC, which is slowly gaining a reputation as one of the most praiseworthy scenes in the US.

Still, for all the time he puts into his responsibilities as a TO, that will always be a sideline for JakoMan. His true passion and his true calling card is his content creation. In 2013, when he was still in high school, the Michigander launched a YouTube channel focusing on Marvel 3, Street Fighter IV, and Super Smash Bros. Melee and Project M. Initially, he got by on passion and the bare minimum of expertise. “When I first started,” he says, “[I was] learning how to edit videos on my phone and [with] Windows Movie Maker.”

But before long, he bought himself a capture card, began to record game footage properly, and added real production value to his channel. For the grassroots Fighting Game Community, such decisions almost always fall on the shoulders of community members, who must not only invest their time but also their money in hopes of building something that resonates with fans. As such, content creators like JakoMan face weighty incentives to follow the crowds. Yet the FGC is nothing if not loyal, and JakoMan is no different. A self-described “character specialist,” he proved his allegiance to the Marvel series when Marvel vs. Capcom: Infinite stumbled out of the gates and the series was dropped from the Evolution Championship Series lineup. Despite all of the negativity surrounding Infinite, he decided to keep the series as the centerpiece of his channel. 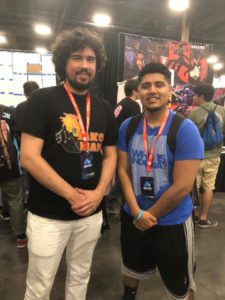 The decision paid off. Even after three years, “I get a lot of messages and emails from everyone [saying] that I keep the community and the scene alive. It means a lot to me that I get a lot of support and love from everyone who watches my videos and gameplay on my Youtube.” The fact that his viewers rewarded him for sticking with his favorite series is a point of gratitude and pride for him, and he swears he’ll “keep on supporting the [Marvel] community until the day that I retire!”

To see for yourself what makes JakoMan such a diehard Marvel supporter, follow him on YouTube and Twitter. Then, to catch one of his favorite games in action, check out Clash of the Stones, Untamed Gaming’s online Marvel vs. Capcom: Infinite tournament series. The next event will take place this Saturday, August 22, at 7pm eastern time on the Untamed Gaming Twitch channel. Just be ready for how alive and energetic this “dead” game really is.

Eli Horowitz (@BODIEDnovel) is a Marvel fanboy who lives in Pittsburgh, where he works in software and writes. His first novel is set in the FGC and will be for sale soon at his website, which you can visit here.