We humans often try to make sense of our world by comparing ourselves to other animals. In the process of growing up, a child “leaves the nest”; adulthood is hard because it’s a “dog eat dog” world. But these metaphors hide more than they reveal. For us, independence doesn’t mean running head-first into a hostile world with nobody else on our side. Even though we leave our parents’ home and encounter other people who try to knock us down, we also find new homes, complete with new friends who are willing to hunt alongside us.

Nobody knows this better than Kouakou John Angel “TAO” Wilfried. He’s been playing fighting games in Ivory Coast for 25 years, but recently he took up a new mission. “Since I am a veteran in my country, I have asked myself the question of whether we are the most active, [of] what can we leave as a legacy to our young brothers who follow us and who take us as a model? [W]hy should we Africans be on the margins of something of which we are a part?” By building up his own local nest, Wilfried is proving that we can choose love and community. In doing so, he’s giving his Fighting Game Community exactly what it needs.

Birds Of A Feather

Like many community heroes, Wilfried is active across a variety of franchises. He plays Dhalsim and Urien in Street Fighter V, Geese in Tekken 7, and Geras, Jacqui, and Shang Tsung in Mortal Kombat 11, and he’s also thinking of picking up Granblue Fantasy Versus and Guilty Gear -Strive-. This reflects the diversity of his interests within the FGC, but it also speaks to his goals. Taking inspiration from such international superstars as 2017 Capcom Cup champion Saul Leonardo “MenaRD” Mena, Mexican Smash wunderkind Leonardo “MkLeo” Lopez Perez, and Pakistani Tekken phenom Arslan “Arslan Ash” Siddique, he wants to prove to the world that top-tier talent can come from anywhere and can rise in any game. 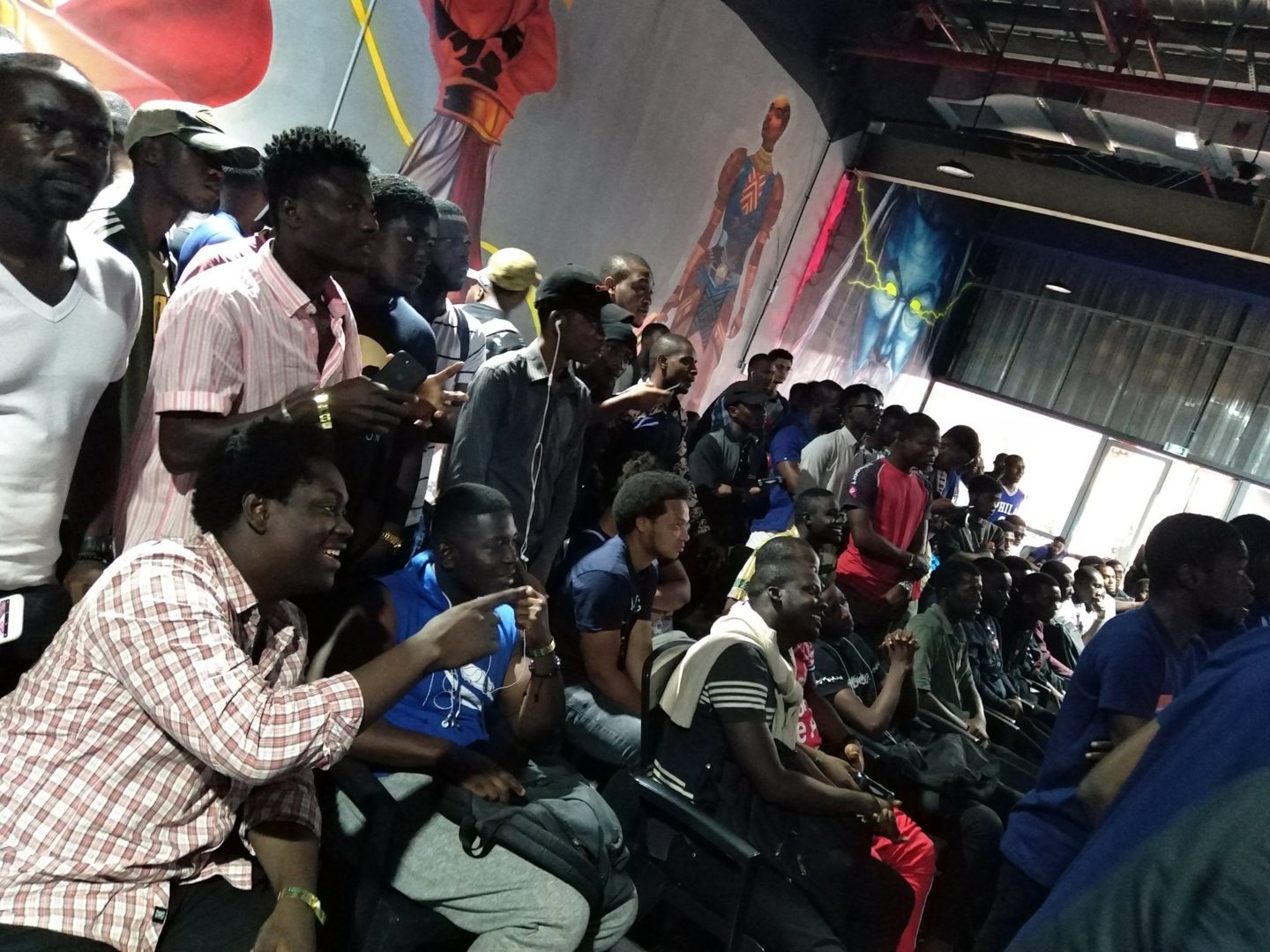 The first way he’s doing that is via event and tournament organization. In addition to helping with Isports Showdown, his local weekly event, Wilfried recently worked on the third annual Festival de l’Electronique et du Jeu video d’Abidjan (the Abidjan Electronics and Video Game Festival), “one of the largest eSports events in Africa.” The event brought players together from over a dozen African nations, including the Cameroonian native Claude Eric “Hurricane” Diboti.

As Wilfried’s fellow Ivorians flock together at their locals, they’ll strengthen both their play and their bonds to one another. And as his fellow Africans meet to celebrate and challenge one another at majors, they’ll become more confident in demanding a place on the global stage.

Running With The Pack

In addition to his work as a TO, Wilfried is also working on content creation “so as to highlight all the talent that abounds [on] the African continent…This is a particular interest I have for my continent as we fight for our esports structures to take the international step.” He’s been making let’s-plays, combo videos, and player highlights, and recently he even partnered with Genuine Gaming, an Australian esports team, to run a first-to-ten exhibition between Ivory Coast’s two strongest Tekken players.

“As a content creator,” he explains, “my approach is to highlight any homemade content [from] Ivory Coast [or] Africa. To make the potential of each talent explode in the eyes of all, to show how we are able to produce the same effects with a different style.” He takes pride in this facet of his work because he knows that his content is helping to bring legitimacy to his scene. It’s a lesson that many overlooked communities are beginning to learn: no matter how strong the top dog is, the pack is always stronger when it works together.

TAO Fights For The Future

As you might expect, not everything in Wilfried’s fighting game life is deadly serious. His locals still run smaller titles just “for the pleasure of seeing the right fighting games express themselves.” As he says, everything in the FGC starts “from what you love first for your own pleasure.” But what will always make him special is his ability to direct his own preferences toward the good of his community so that nobody in his country or continent has to go it alone.

To learn more about this hero of the Ivorian FGC, follow him on Twitter and YouTube. And if you live near Abidjan, support him by heading to Isports Showdown. After all, who knows? With his help, the next international fighting game superstar might be you!

Eli Horowitz (@BODIEDnovel) has only traveled internationally to Canada, which barely counts, but he definitely has Ivory Coast on his list now. A writer and software professional who lives in Pittsburgh, his first novel is set in the FGC. Learn more about it (and his other work) at his official website.