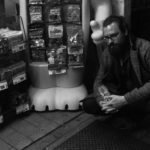 In the Fighting Game Community, our celebrities are like superheroes who live their “secret” identities in public. For instance, millions of us cheer for SonicFox when they compete, but Dominique McLean also tweets about anime, dating, and social justice to two hundred thousand followers. That’s what it means to be a celebrity in the FGC.

Or, at least, that’s what it means for most people. For a small handful, fame is something that they experience from behind a mask. Over a hundred thousand people follow the official Capcom Fighters Twitter account; the woman who currently runs that account, Carolyn Dao, has a following that’s only one-tenth as large. Meanwhile, the r/StreetFighter subreddit has a similarly large membership, but its lead moderator, “Super” Joe Munday, hasn’t even cracked fifteen hundred Twitter followers.

This puts him in a strange and slightly surreal position. Although he can wield the power of r/StreetFighter, he also aches with the effort of keeping it running. And because most of his labors are made public under another name, almost none of the rewards accrue to him personally. Like many other tournament and community organizers, Munday is a beloved figure in his corner of the FGC. Yet on the whole, he isn’t half the celebrity he ought to be.

A Man On A Mission

Aside from physically building arcades himself, there isn’t much that Munday hasn’t done for the FGC. In addition to his duties as the lead moderator of the r/StreetFighter subreddit, he:

As a community leader, Munday makes himself available to other TOs who are looking for mentorship or advice. As a player, he tries to get his hands on everything so that “if anyone ever comes asking for a specific type of fighting game or if they complain about a certain type of mechanic, I’ll be well-versed enough to point them toward something they might enjoy more.”

In short, Munday is the type of person who, if you asked him to collect your mail while you were out of town, would also end up cleaning your house and mowing your lawn. To the benefit of the community but to his own detriment at times, there’s something inside Munday that compels him to give of himself in ways that are tangible and immediate. 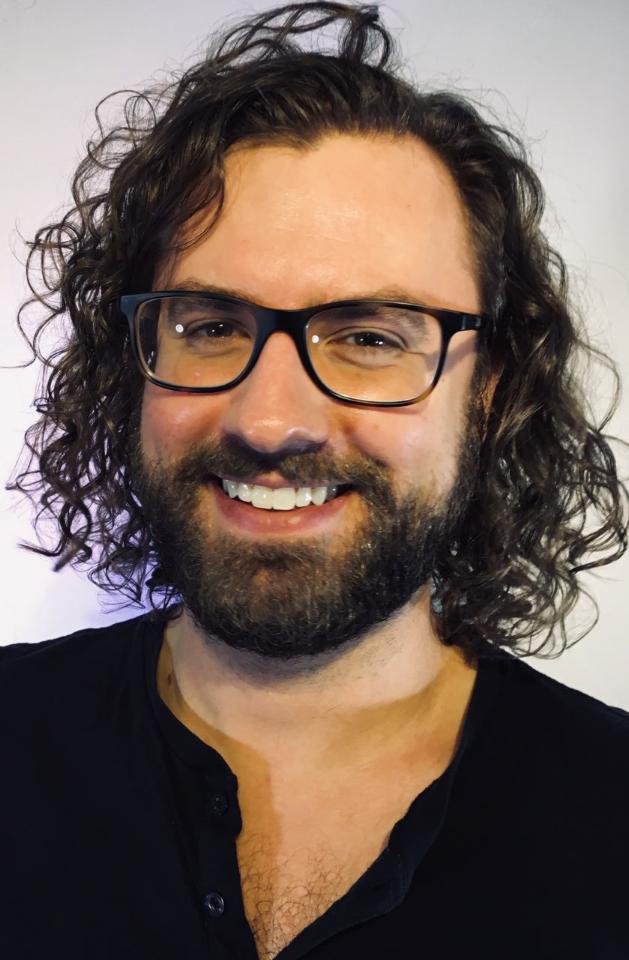 “I have a strong desire to provide opportunities for people who might not have been as fortunate as I was,” is how he puts it. “I was fortunate to get a good education, have extremely positive mentors, and [have] people invest in me. I want for others what was afforded for me.” Without this guiding principle, Munday might have lost focus long ago, becoming a mere dilettante. But because he never loses sight of his guiding star, all of his contributions work together to advance a single goal: to bring all the fighting game players home.

The City Has The Answer

When Munday talks about his work in the community, one of his favorite concepts is accessibility. “What I try to do for the FGC is make it as easily accessible to others as possible,” he says. With this mindset, the essence of forum moderation is “say[ing], ‘This serves to turn more people away than it brings in. This is hostile to a certain group of people and shouldn’t exist here.’ All in service of making fighting games as accessible as possible.” Likewise, education becomes a matter of “making sure people have access to materials that will help them be successful.”

Accessibility may not sound like a thrilling concept, but that’s precisely why it’s important. Munday doesn’t want to drag people into the FGC or lure them in based on false or shallow pretenses. Like the Morpheus in The Matrix, he understands that he can only show the world that the door to the FGC is open. He can’t compel them to enter, nor does he even want to. As he says, “the uphill climb of learning and understanding fighting games [is] very difficult. And a big part of why people stick with it is because they have other people they know, people they can talk to, people they can hang out with to play with. That’s a key element in why people stick around. Making sure people find that connection, lighting up those avenues is important to me.”

His imagery of hills and avenues could hardly be more apt. As the great Italo Calvino once wrote, “You take delight not in a city’s seven or seventy wonders, but in the answer it gives to a question of yours.” This is the wisdom of Munday’s approach. The city of the FGC is a dynamic, wondrous place, with diverse neighborhoods and an animated citizenship. But it’s also a place that’s inherently personal for each and every person who lives inside it. The games themselves can provide joy and even transcendence, “but equally important is that it’s a great way to form relationships through a common interest.”

More so than believing that the FGC is its own advertisement, Munday understands that, for the right people, the FGC needs no advertisement. People don’t come to fighting games for instant gratification or easy wins. They come here because the FGC has something that they need. If we leave the door open, they’ll walk through.

Outside of the game, Munday is practically a teddy bear. His voice is calming and thoughtful. When asked if he has any grand ambitions for himself or for r/StreetFighter, he simply replies: “I want to be sure that people are cared for inside my personal circle of influence.” Even his FGC origin story is extraordinarily cute. “My first ‘arcade’ was a Pizza Hut,” he explains. “I would read tons of books in order to get enough stickers for BOOK IT! so that I could get a personal pan pizza at Pizza Hut. I would specifically want to go to Pizza Hut because they had a Samurai Shodown 2 cabinet and I thought it was the best thing on Earth.”

But once you face off against him in a fighter, a different side of him comes out. “I love the grappler archetype,” he says. “Making my opponent uncomfortable is the most satisfying feeling in fighting games…[I]t’s the chance that they could escape that gives them hope. I like taking that hope away from people.” In fact, Munday is such a menace when he plays that his friends have banned him from picking Donkey Kong, Marth, and Jigglypuff in the Smash Bros. series of games. 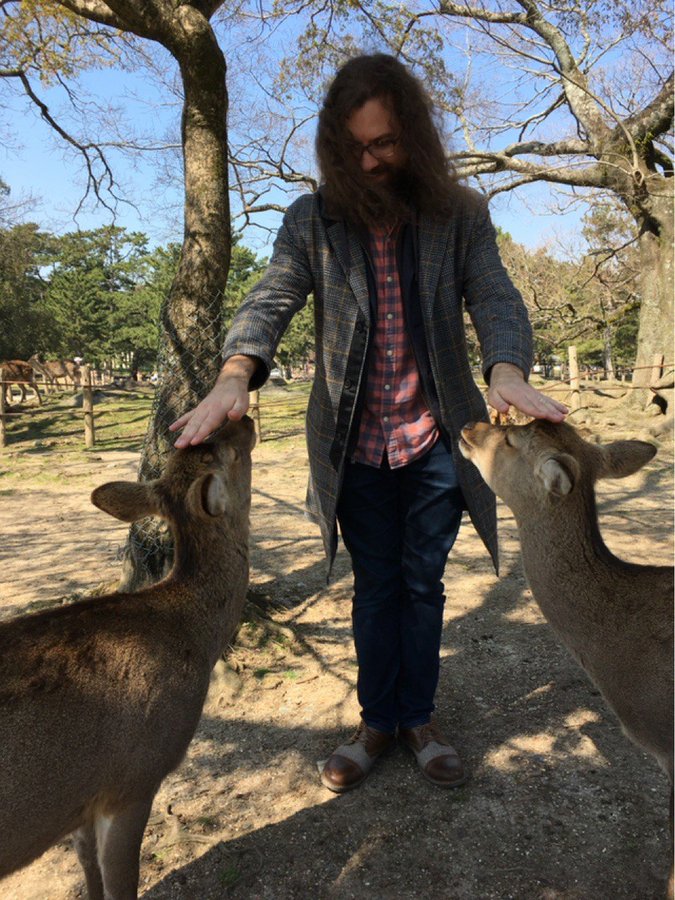 His victims shouldn’t feel too bad, though, because Munday has done his share of suffering, too. Both the east-coast and the west-coast tournaments used to happen on the same night, and he would run both. “I think back to that time and have no idea how I physically went through with that every week.” There was also the time when, after his landlord sold his apartment out from under him, he ran the r/StreetFighter “local” from an IRC app on his phone while living in temporary housing. Nowadays, despite working nearly 50 hours per week at his day job, he still stays up until the wee hours every Monday to run the east coast tournament.

Along with his team of moderators, Munday is also on the front lines of the effort to ensure that the FGC is a humane and enlightened place. “I like to think about the saying of, ‘If you invite everyone, the wolves and the sheep, you’ll only be left with wolves,’” he says. In practice, what this means is that he and his fellow moderators have to find the strength to butt heads with “problem members” of the community, rein in the other “dynamic characters,” and be a constant witness to every piece of misery, vitriol, and foolishness that the community can offer up.

Despite the fact that his friends recently made a Discord server for Munday with the sole purpose of thanking him, he still puts a great deal of pressure on himself. When it comes to his home of Pittsburgh, he says, “I simply don’t have the time to commit to my own local community. I wish I could do for them what I do for r/SF but I just don’t have the time.” He’s also prone to downplaying his own accomplishments, saying that he “isn’t exactly providing scholarships or performing community service.”

In fact, though, there’s no better example of community service than the multitude of roles that Munday fills for the FGC. It’s just that he only believes in his own work when he sees its results for himself. “When previously sponsored players continue to be successful, I’m ecstatic,” he says. “When people say they’ve found community through resources found on r/StreetFighter, that’s the work paying off.” 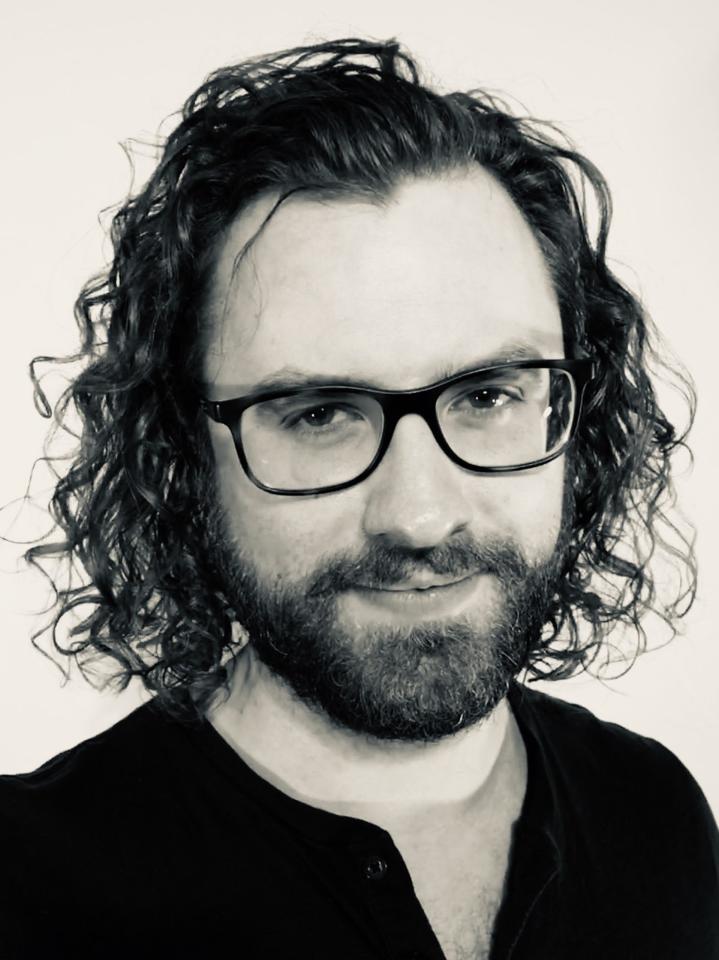 Whether it’s because he spends so much time behind the mask of r/StreetFighter or simply because of an innate tendency to be humble, there are times when Munday seems to doubt his own abilities. “People in positions of power tend to be the writers of history,” he says. “I’m not sure that me or r/StreetFighter are in such a seat. But again, I might be foolish.”

Or perhaps he’s simply a hero whose praises go unsung too often. Like the grapplers that he likes to play, Munday’s role in the FGC is to suffer patiently for long stretches in between short bursts of euphoria; like an upstanding parent living in a chaotic neighborhood, he knows that there will always be troublemakers who mistake an open door for an invitation to misbehave. As long as the world remains a flawed place, those hardships will always weigh on him. But if his community can help him to see his own legacy more clearly, perhaps he’ll come to believe what the rest of us already know: that he’s more than strong enough to bear it, because he’s a hero.

Eli Horowitz (@BODIEDnovel) also lives in Pittsburgh. Incredibly (if you know anything about how Pittsburgh works), he and Munday have never met in the flesh. He hopes to change that soon – or, at least, as soon as COVID-19 will allow.